Croatia has one of the most gorgeous Adriatic coasts in the entire Mediterranean. Even the most ardent travelers will be satisfied by the crystal-clear Adriatic Sea, stunning beaches, and spectacular caves. As a result, it is not surprising that the islands in the Trogir and Split area are the most popular tourist destinations. Timeless Dalmatia has countless small islands worth visiting, but Vis Island, the farthest inhabited island, Hvar Island with beautiful architecture and an amazing nightlife, Brac Island with innumerable spectacular beaches and amazing domestic vine, and Solta Island with crystal clear bays and nature are among the most popular. Numerous boat cruises departing from Trogir or Split have been planned. Choose from one of the greatest boat tours, get in touch with us, and then grab your swimwear and sunglasses.

Find the boat trip of your dreams and prepare to see some of the best places in Croatia, including the Blue Lagoon on Drvenik Veli, the Stiniva beach, the Golden Horn on the island of Brac, and the Green and Blue grotto on the island of Vis. You can see how seriously we take your enjoyment and satisfaction. Every client should have a positive experience, and we strive to provide that. To join one of our boat adventures, all you have to do is make a reservation, then unwind. The rest can be handled by us. Let's take the reins. We know the path. Additionally, we hire out bare boats. You are welcome to rent our boat and customize your journey to suit your preferences.

Croatia's stunning Dalmatian coast is home to the medieval town of Trogir. Trogir is the ideal day trip destination from Split, Sibenik, or Zadar due to its small size. Trogir is a rather small city. The entire town can be explored on foot in well under an hour. When we came for the day, we traversed the streets many times to take in the stunning stone structures. You may see all the main attractions, savor a few leisurely lunches, and take a ton of pictures on a day trip to Trogir. One of the most stunning destinations in Croatia and one of the simplest day trips from Split is Trogir. You must include it on your agenda for the nation.

Just a few kilometers north of Split, Trogir is an actual island that is connected to the mainland by bridges. Due to its exquisite Venetian style, Trogir's old town has been named a UNESCO World Heritage Site. Trogir, along with many other coastal towns in Croatia, served as the setting for the city of Qarth in the Game of Thrones television series. You will undoubtedly fall in love with this hidden gem of a town since it is so lovely. Simply taking a stroll through Trogir's streets is the greatest thing to do there. Explore the many modest shops that line the streets, take in the stunning stone architecture, and linger in the bustling squares. Trogir is so little that it is impossible to get lost, so you can take your time taking in all the charming little streets and exquisite structures. Even better, take a walking tour with a guide to learn about the fascinating town's history as you take in the main attractions. If we can, we always take a walking tour because it is the best way to learn about an area, especially if your guide is knowledgeable.

Our captain will take you up with one of our amazing boats at the prearranged meeting location. The initial ride is a little lengthy. However, don't let it demoralize you. Our charter includes brand-new, swift, and fun boats. We won't take long to go to Bisevo Island. Our first stop for the day is Bisevo Island. The Blue grotto, often referred to as the Blue cave, is located in the little bay on the island's southeast side. There are 26 caves on the island of Bisevo, but the blue cave is unquestionably the most stunning one in the entire Mediterranean. The Adriatic Sea's effect on the limestone's corrosion caused the cave to form. The underwater entry was the only way to access the blue cave at first. There was no other natural way to enter the blue cave; one had to dive below the surface. In 1884, a man-made entrance was built, which is still the one we use today to approach the cave using small boats. Due to sunlight bouncing through the water at the ideal angle, striking the white limestone bottom, and reflecting on the cave walls, this amazing phenomenon is at its most beautiful between the hours of 11 and 12. Although the water appears to be so clear that you can practically touch the bottom, the cave can be up to 15 meters deep.

Following our tour of the Blue cave, we'll go to Komiza village on the Vis island. This little village is located on the island's largest harbor on the island's sunny side. The best Croatian fishermen may be found in Komiza town since Komiza is where the tradition of Croatian fishing began. Komiza really is great. The well-known Dalmatian infrastructure, which is entirely made of stone, has a lot to offer in terms of sightseeing. You'll have ample time to relax, go for a walk, and drink some coffee.

The Green cave is the next stop. On the tiny island of Ravnik, the Green cave is concealed. Although it is larger than the blue cave, this cave is also the product of sea abrasion. Due to the green tint of the cave walls—which is brought on by the seaweed—and the sun's reflection off an entrance at the top of the cave, it is known as the "green cave." The sea floor reflects the green tint of the sun as it shines. It is possible to swim inside the green cave, however swimming is not required. We had decided to go swimming at Smokova Beach. On the northeastern coast of the island of Vis, there is a beach called Smokova. This is one of the few beaches in the region or all of Croatia that is made entirely of pure sand. Swimming and sandcastle building are ideal activities in this magnificent bay. The intriguing feature is a submerged World War II airplane wing that is barely 2 meters deep. We sincerely hope you like this beach, which is by far our favorite.

The moment is great to travel to the island of Hvar. The capital of the island of Hvar is the town of Hvar. That makes sense given its incredible nightlife, infrastructure, and content. Although the Old Town of Hvar is a renowned summer party destination, we believe that the town's historical structures and legacy are more responsible for its fame than nightclubs. Views from the Fortica Fortress, which guards Hvar Town, are breathtaking. If you're willing to up the stairway, that is. However, the pictures are worth the ascent. One of the oldest theaters in Europe is located in the town of Hvar. You will have enough of time to finish your tour with sightseeing and eat lunch in Hvar town. Around 17:00, the ship will depart from Hvar. Around 18:30, we should reach Split or Trogir.

The best boat in its class, the Quicksilver 675, features a contemporary, athletic, and fashionable design. You'll feel like a true captain in the comfortable cockpit area with top-notch instruments. Despite the fact that this boat is an open-type vessel, the cabin in the central console is spacious enough to accommodate two people, offers protection, and is the ideal place for a midday sleep. Additionally, the cabin can serve as a sizable storage space. Despite the fact that the bow and deck regions of the boat have storage spaces. Versitale bow area is one of several thoughtful features included in the Active 675 Open design. Within seconds, the bow area may be transformed into a long sun lounge. ideal for sunbathing. For simple access to the swimming platform, the backrest of the rear bench's backseat pivots.

The 150 HP Mercury EFI engine, which is brand new, produces a lot of power. With a top speed of 42 knots, even the farthest islands will not be difficult to reach. The cruising speed of 25 knots is reached without any indication of difficulty.

There is no minimum number of days that they must reserve in advance, last-minute bookings are accepted.

Ticket for the Blue cave

Ticket for the green cave

The renter must have a current boating permit on hand, as well as a recognized form of picture identification (such as a passport, national ID card, or driver's license).

You can rent a boat either bareboat or with a certified skipper. The rental fee does not include the cost of a skipper.

Fuel costs are not included in the rental charge. Fuel for the vessel is supplied in a full tank, and it must be returned in that condition. Or, if you'd prefer, you can ask a member of our staff to fill the tank when you get there.

Depending on the length of time and the type/value of the vessel, each charter also requires a security deposit in addition to the rental price.

All vessels are fully insured. This deposit will be repaid at the conclusion of the lease, provided that the vessel is returned as received, with its accompanying equipment intact and in the same condition as it was discovered, at the beginning of the rental period. Up to the number of passengers authorized on the chartered yacht, travelers are covered.

Checkout the similar listings from the same operator : 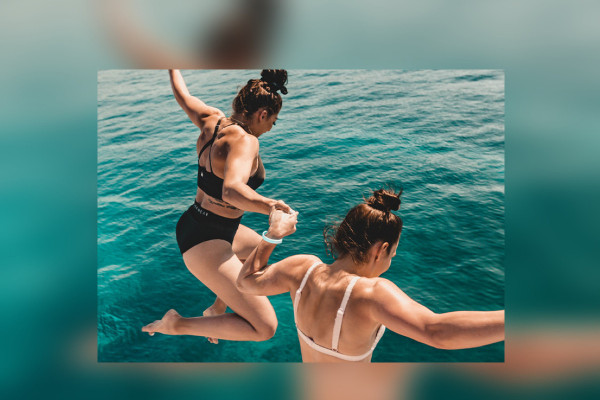 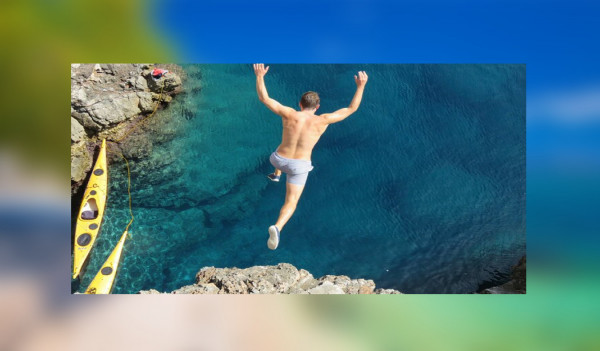 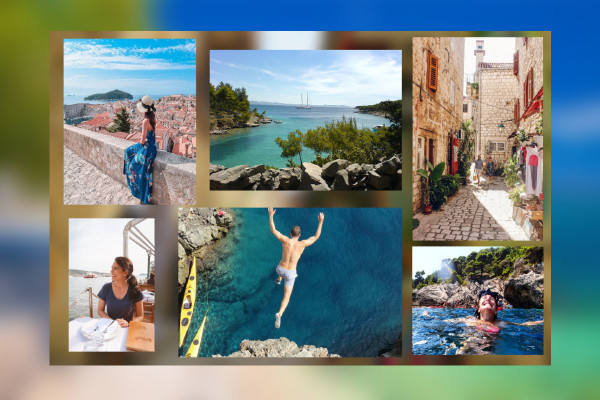 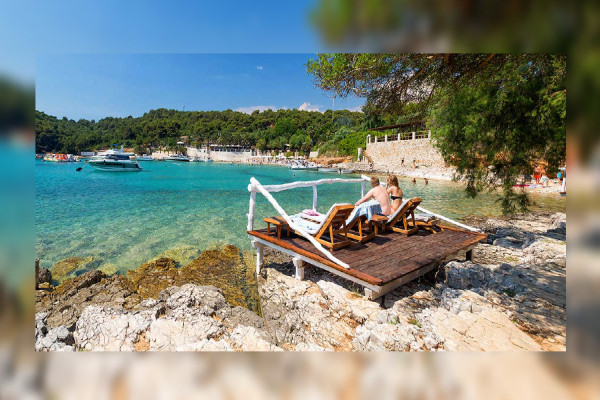 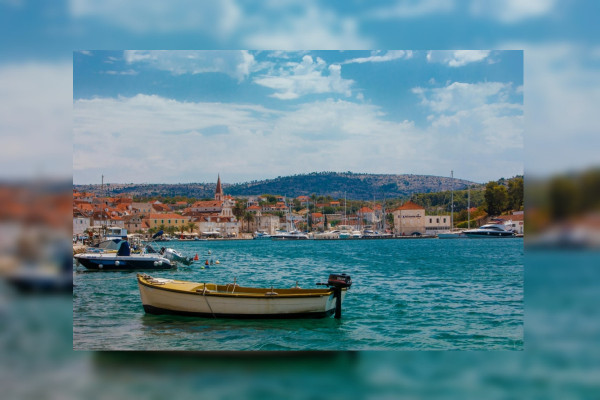 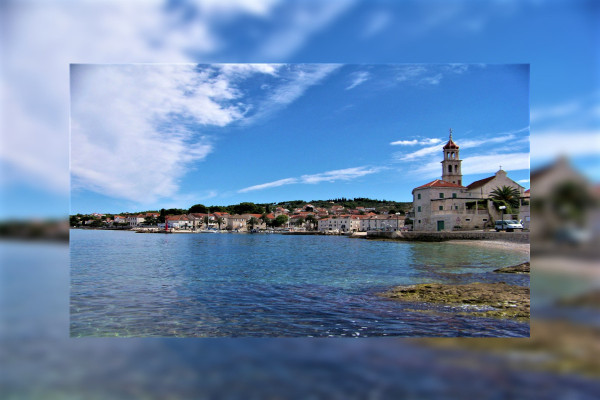 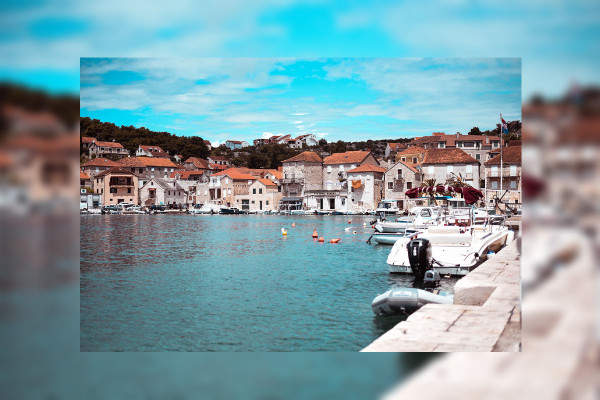 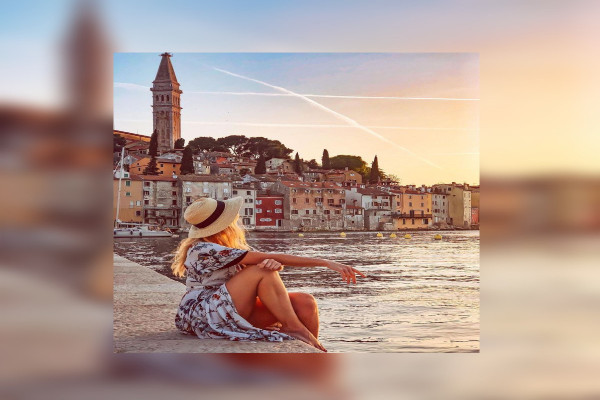 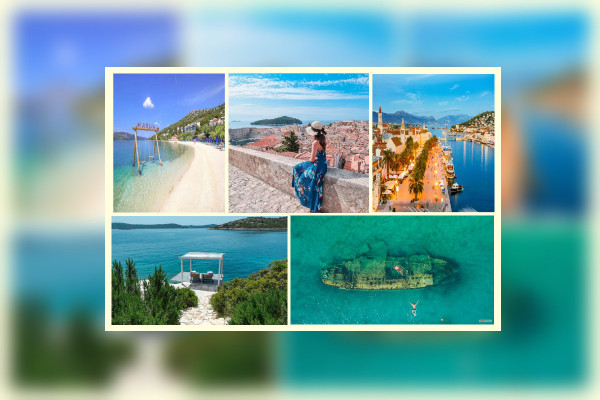 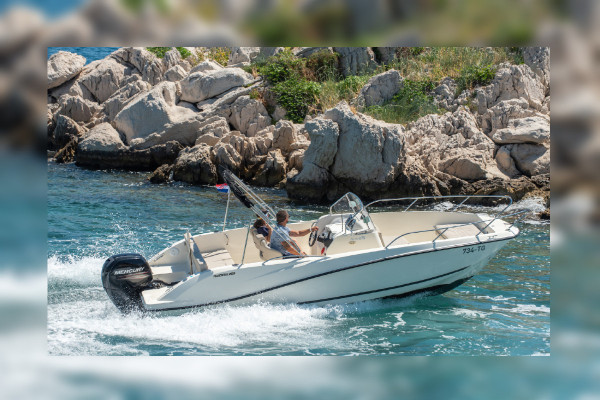